Update page for the Coronavirus 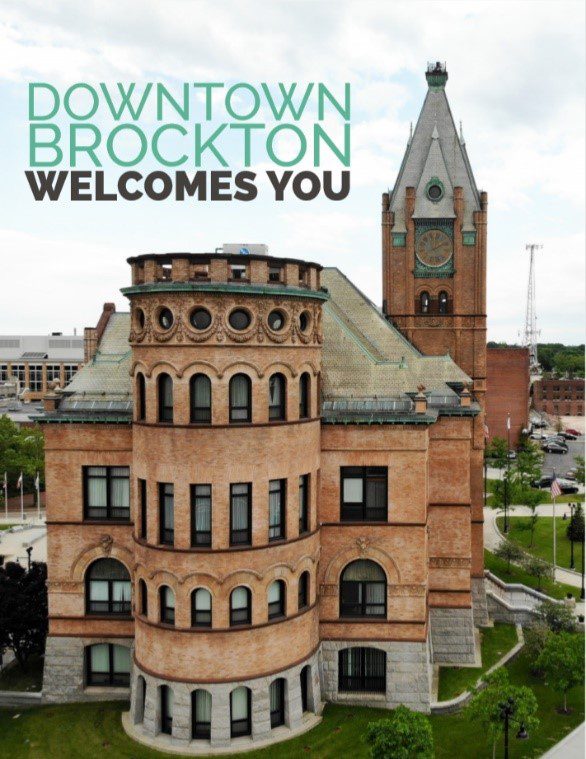 For nearly 200 years Brockton has retained its distinctive character as a complete community, and benefits from its role in the regional economy. It has excellent transportation access that links employment, employees, education, and services. While other communities in the Greater Boston area have become very expensive places to live or to conduct business, Brockton provides a high-quality alternative that is relatively affordable to all.

Brockton provides the benefits that arise from a culturally diverse population and the diversity of its employment base. This is a complete city – with its diverse places to work, study, shop, and live. The neighborhoods are compact, walkable, and endowed with a solid stock of housing. It has a remarkably varied and extensive network of open spaces, cultural and civic institutions.
To learn more about what the City has to offer click the picture to the right.

Robert F. Sullivan was born and raised in Brockton, MA.

He is the son of Robert and Susan Sullivan and grew up on Wellington Street in Ward two. He attended Brockton Public Schools (Whitman Elementary School, West Junior High School) and graduated from Brockton High School in 1988. He earned his BA and MBA at Boston College, and his JD at the New England School of Law.

Prior to being elected Mayor in 2019, he has served on the Brockton City Council as a Councilor-At-Large since 2006. In that role, he was elected by his colleagues to serve as the City Council President five times.

He previously served as a volunteer Board Member of the Good Samaritan Medical Center (2009-2019), the St. Joseph Manor Nursing Home, and the Brockton Historical Society.

He is a volunteer youth soccer, baseball, and basketball coach within the City of Brockton.  He is a member of Our Lady of Lourdes Church. He is married to Maria (Luizzi) Sullivan, who also grew up in Brockton, and they have three children. Mayor Robert F. Sullivan’s “Champions Update” is a monthly newsletter to help you stay up to date with all the exciting things happening in the City of Champions! Sign up to receive the
Mayor’s Monthly Newsletter here.
Click the photo on the right to read the latest Champions Update! 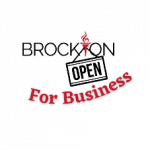 Mayor Robert F. Sullivan has launched the “Brockton Open for Business” Initiative – a regulatory reform effort to make it easier to do business in Brockton - and will be embarking on a listening tour that will include visits to several city businesses. To learn more about the initiative click here.

Following a pledge he took from the Obama Foundation and My Brother’s Keeper Alliance, Mayor Robert Sullivan formed a Community Justice Task Force in order to review police use of force policies; engage the community by including a diverse range of input, experiences, and stories; and report the review findings to the community. The eight members appointed to this task force by the Mayor met biweekly from November 2020 to May 2021 and provided the City with recommendations to address issues of racial inequity. To view these recommendations, click here.

Mayor Robert F. Sullivan and the Brockton Police Department teamed up to form the “Brockton Junior Cadet Program.” This program is the first of its kind in the City of Brockton and was among the 49 recommendations provided by the Community Justice Task Force to both improve and diversify policing in the City. To learn more and/or to sign up for the program, visit the Brockton Police Department website here.

OMG. Enough of this crap!!

Last evening, Mayor Robert Sullivan and Chief of Staff Sydné Marrow proudly attended the retirement celebration for Mr. Vincent Marturano and recognized his 50 years of service to the YMCA movement (30 years in Brockton leading the Old Colony YMCA). The event was attended by hundreds of people and included City Council President Susan Nicastro, Councilor-At-Large Moises Rodrigues, State Representative Gerry Cassidy, State Representative Rita Mendes, and State Senator Mike Brady. A special thank you to Vinny for his dedicated service to our City, our Community, our County, and especially to our youth. ... See MoreSee Less

Mayor Robert Sullivan & the City of Brockton recognize January 27th as International Day of Commemoration in Memory of the Victims of the Holocaust. January 27, 2023, marks the 78th anniversary of the liberation of Auschwitz-Birkenau. On this and every day, the world remembers the Holocaust victims who lost their lives during World War ll. ... See MoreSee Less

Attention: The City of Brockton’s second annual African American Flag-Raising event inside City Hall in recognition of Black History Month has been moved to Thursday, February 2nd. All residents are invited to attend. ... See MoreSee Less